Let me point out that SEC Country are NOT AJ-C writers.  These guys are not them.  Obviously.

We fired Mark Richt because over his last entire 8 years here he averaged 9 wins and 4 losses at 73-32.

For Kirby to have ONLY 9 wins would REQUIRE that we lose to North Carolina Ole Miss vols and Florida at LEAST.

There is no reason to play the season as there wasn’t the last 8 years here.

Kirby would have to have at least 4 losses Mark Richt’s average his final 8 years here for which he was summarily fired.

Mark Richt also averaged 4 losses over his last 6 years here too –  which is the period during which he reported to his boss who fired him Greg McGarity # 19 nationally at 56-24.

56-24 Mark Richt while reporting to Greg McGarity # 19 in the nation averaging 4 losses his latest 6 years too and the 6 years during which time he reported to Greg McGarity.

Greg McGarity recommended to Jere Morehead that Jere FIRE Mark Richt which Jere then did.

Alex Martin Smith SEC Country with backdrop of Mark Richt 73-32 his last 8 years here  averaging 9-4.  Says Kirby 9 wins we all do Somersaults in 15-game season for the top teams this season.

Kirby was brought here to do the same as Mark Richt his last 6 and 8 years here ?

Alex Martin Smith how can I put this delicately for you ?

If you think that we win 9 wins this season and do somersaults you clearly are clueless about Georgia fans whatever your knowledge may or may not be of Alabama fans at 14 doing somersaults this up-coming season.

I have not been celebrating averaging 4 losses for 8 years Alex Martin Smith.

I am not this year either.

Or have you been on a different planet Alex Martin Smith Billy Bob.

I did not fire Mark Richt to lose 4 games again as he has been doing on the average for both 6 and 8 years now.

You are out of your ever-loving God damn mind frigin’ dumbass asshole.

Whomever you wrote this “article” for you said “Alabama gets 14 wins this season and Alabama fans do somersaults.”

THIS is SEC Country. 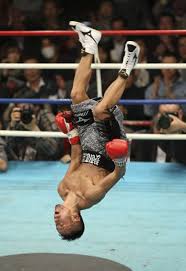 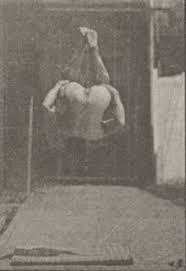 What do you say to yourself as you hit send on such a blog post Alex Martin Smith ?

Did you think that Georgia fans are happy and have been for 6 and 8 years now Alex Martin Smith ?

Well did you punk ?