No one seems to be able to report this is the 5th time for Georgia Tech.  5.  Let me make this perfectly clear about these father raping cheaters.

14-18 Josh Pastner was 10th place in the conference and LOST to Georgia by more than double-digits. In fact embattled Josh Pastner has NEVER BEAT in-state bitter RIVAL The Mighty Georgia Bulldogs in men’s basketball. Josh Pastner is responsible for ALL THIS latest in a long string of NCAA Probations for Georgia Tech.

In fact Georgia Tech just got off NCAA Probation.

In fact Georgia Tech in the previous NCAA Probation was SLAPPED by the NCAA with the tag : “HABITUAL OFFENDER” status with the NCAA.

48-53 this is his 4th season as head coach this year. Now they have BEEN BANNED from making any NCAA Tournament or other post-season tournament including disallowing Georgia Tech from even the ACC tournament which every team in the conference is eligible for. But NOT Georgia Tech. Habitual Cheaters. 5th NCAA Major Infractions Database for Georgia Tech for CHEATING. Jesus Christ.

10th place in the conference this last season is the best he has done yet.

His other finishes are # 13 and # 11 in the conference and then 10th place last year and now this season coming-up Josh Pastner is # 15 since Notre Dame is OFFICIALLY A MEMBER OF ACC MEN’S BASKETBALL.

Josh Pastner then officially is averaging worse than # 12 in conference.

So he cheated.  After all it’s what Georgia Tech does.

THIS is NOT why Josh Pastner was brought here.

There are only 14 full-time members of the ACC so averaging WORSE than # 12 in the STINKING CONFERENCE is particularly STINGING.

Ron Bell gave two athletes and another potential transfer $2500 in shoes other clothes hotel rooms food and transport. Ron Bell knew he could not do that.

It does not stop there.

Darryl LaBarrie then arranged a meeting between highly-rated top men’s basketball recruits and another former Georgia Tech player Jarrett Jack who then took the recruits to that player’s home and handed them $600 in one dollar bills for a strip club visit on Buford Highway. Josh Pastner had an OFFICIAL JOSH PASTNER GEORGIA TECH OFFICIAL STUDENT-ATHLETE HOST assigned by Josh Pastner at said STRIP CLUB. He was given $300 of the $600 to entice the top-rated in the nation prospect to come to Georgia Tech and FIX THIS DISGRACEFUL record Josh Pastner has at Georgia Tech.

During the investigation the committee said Darryl LaBarrie did not cooperate with the investigation and originally denied any involvement in the activity and then took it ALL BACK that yes indeed it is true. Now Georgia Tech’s AD Todd Stansbury says today on Josh Pastner’s birthday that WAAH we agree we did all this and we know we are tagged HABITUAL NCAA PROBATION OFFENDER STATUS but the penalties WAAH are too high.

You have GOT to be kidding me Todd Stansbury.

2 percent of the budget for the men’s basketball program MUST be mailed to NCAA by Georgia Tech.

32 weeks BAN on unofficial visits during THIS PROBATION for Georgia Tech.

12 visit reduction of official recruiting visits during THIS PROBATION for Georgia Tech.

32 weeks BAN recruiting communications during THIS PROBATION for Georgia Tech.

76 reduced recruiting-person days from the permissible number during this PROBATION.

4 years LOSS OF SCHOLARSHIPS EACH YEAR OF THE 4 YEARS

Stick that up your LYING CHEATING ASSHOLES Georgia Tech. 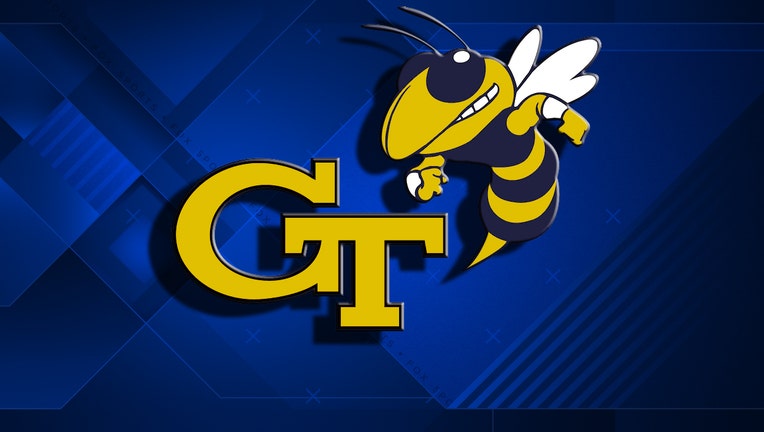 “I deeply regret the NCAA violations that occurred within our program and I am sorry to everyone associated with Georgia Tech who has been affected and disappointed by these violations. I am more committed than ever to ensuring that these types of violations don’t occur within our program ever again.” Current head coach celebrating his birthday Josh Pastner.

The booster made the head coach aware that he continued to communicate with the potential transfer but the head coach did not report any concern to this NCAA compliance office anyway the 29-page public report states. Oh good Lord.

THESE VIOLATIONS were deemed “severe breaches of conduct” which is what the NCAA considers its worst most egregious highest-level of violations –  outstandingly bad – shocking.

Georgia Tech’s assistant men’s basketball coach reporting DIRECTLY to Josh Pastner hired by Josh Pastner as HIS assistant men’s basketball coach not only provided false and misleading information to the NCAA but in ADDITION told Georgia Tech basketball student-athletes that they TOO should provide false and misleading information to the NCAA investigators. Then this lowlife acknowledged lying to the NCAA about ALL of this.  Tell the players to lie to Georgia Tech itself who hired an independent study of all this. Just Nice.  Really nice.  I can not tell you just how impressed I am.  And they ADMIT they did this.

You SHALL NOT prosper this up-coming season for ALL THIS Josh Pastner and Todd Stansbury AND ALL the players may leave the trade school and go wherever they would like RIGHT NOW and be eligible RIGHT NOW the NCAA has RULED.